Bienvenue and welcome to French with Madame Blackett. We have lots of fun in our French lessons here at GPS. Click on the tabs below to see just some of the things we do.

December has flown by in our French lessons. Year 2 have been learning a song about the donkey in the nativity story. They have practised the actions and joined in with some of the words. Year 3 have been revisiting a song they had already learnt all about a Christmas reindeer. They remembered a lot of the words from the song from last year. Year 4 have been doing some detective work using the French-English dictionaries to discover what was in a Christmas stocking and they have drawn pictures to show they understand. Year 5 have been learning a popular French Christmas song, ‘Noël, C’est Comme un Rythme de Jazz’ which has been a good help with their pronunciation. Finally, year 6 have used their reading skills to decipher a description of a Christmas scene. They were successful in recreating the picture according to what they understood. Everybody has also learnt about how French children celebrate Christmas. Did you know that French children don’t leave out a stocking, they leave out their shoes!  Joyeux Noël! 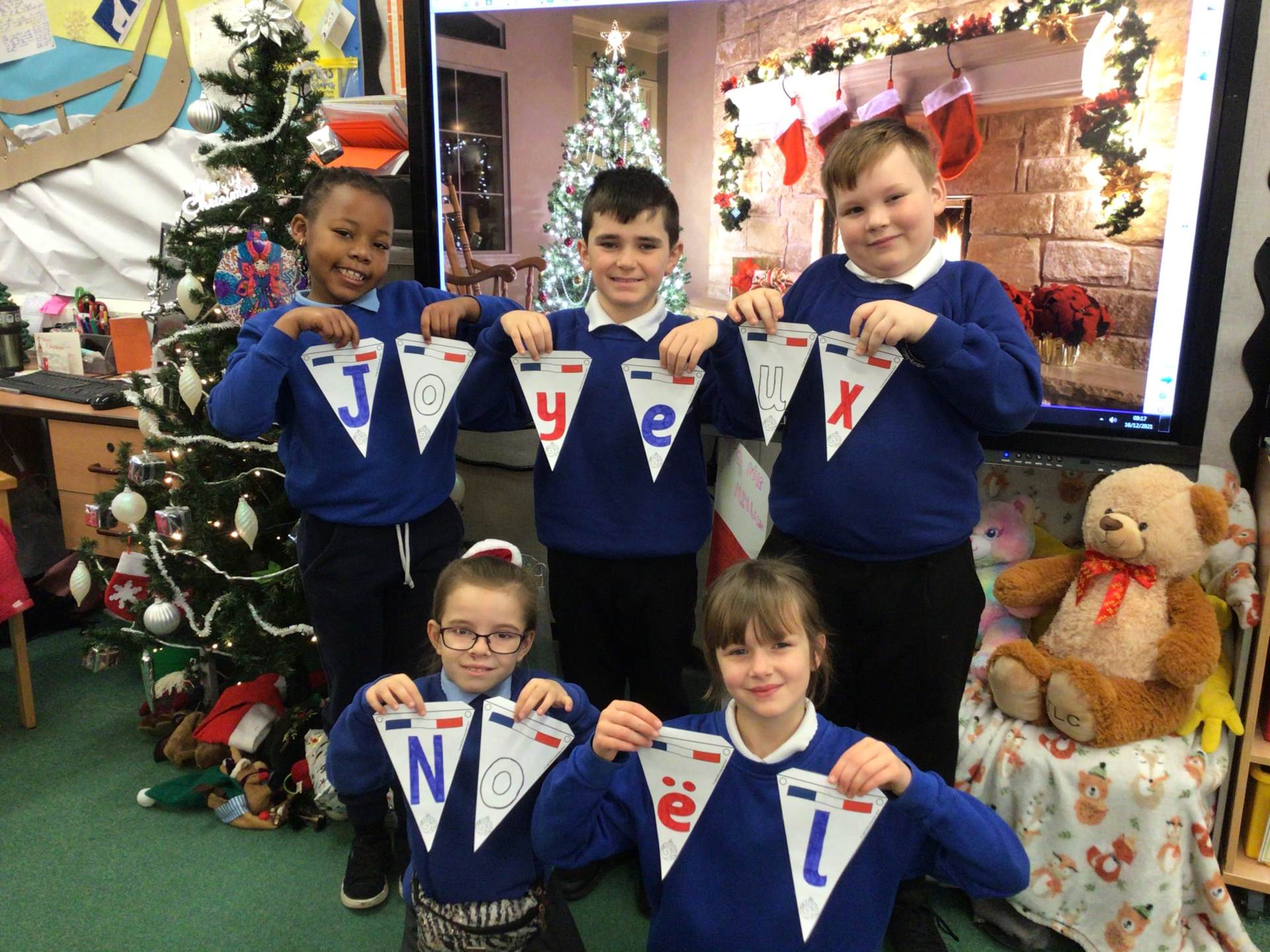 In November, we had lots of fun in our French lessons. Year 6 have been discovering how to talk about what they wear depending on the weather which is very useful at the moment! Year 5 have discovered how to describe their gardens in French. In particular they have been describing their dream gardens which include swimming pools of course. Year 4 have become language detectives, using their excellent language learning skills to read and understand a French text about a capital city such as Belfast, Cardiff, London, Edinburgh or Paris. There are so many exciting places to discover! Year 3 have started to put simple sentences together and they can answer questions about the capital cities of the UK and France, in French of course. Our year 2 children are extremely good at talking about modes of transport now. They can use actions to remind them of the French name for cars, buses, boats, trains and aeroplanes. They have also used some small toys to help them to learn this new vocabulary which really boosts their confidence. Bon Voyage les enfants ! 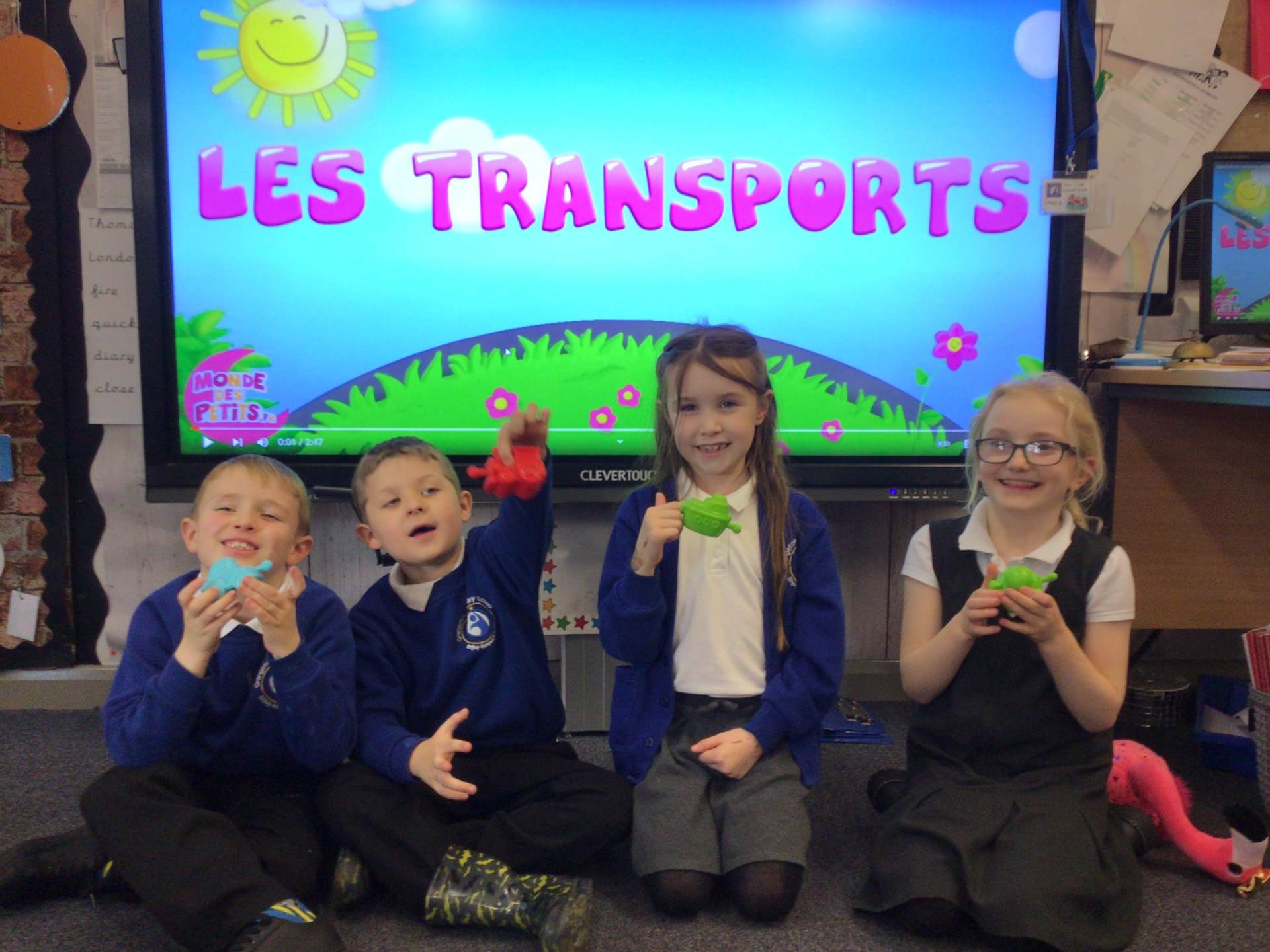 October was a busy month of learning for our budding linguists. Year 2 went on an imaginary trip to Paris. They decided which method of transport they would use to get there and what they would spend their Euros on when they arrived. Year 3 have been busy learning about some of the famous places to visit in Paris. They have been learning actions to help them remember new vocabulary such as la Tour Eiffel, le Louvre and l’Arc de Triomphe. Year 4 have been discovering how they would describe their hometown. They are speaking in sentences and their pronunciation is wonderful! Year 5 have produced their very own lift the flap mini books about animals, which could be used to teach small children how to count in French. Finally, year 6 have been learning all about the weather. They have produced a weather forecast which has also helped them with their pronunciation, not to mention their knowledge of French geography. Unfortunately, as you can see, it is raining in Paris. Quel dommage ! 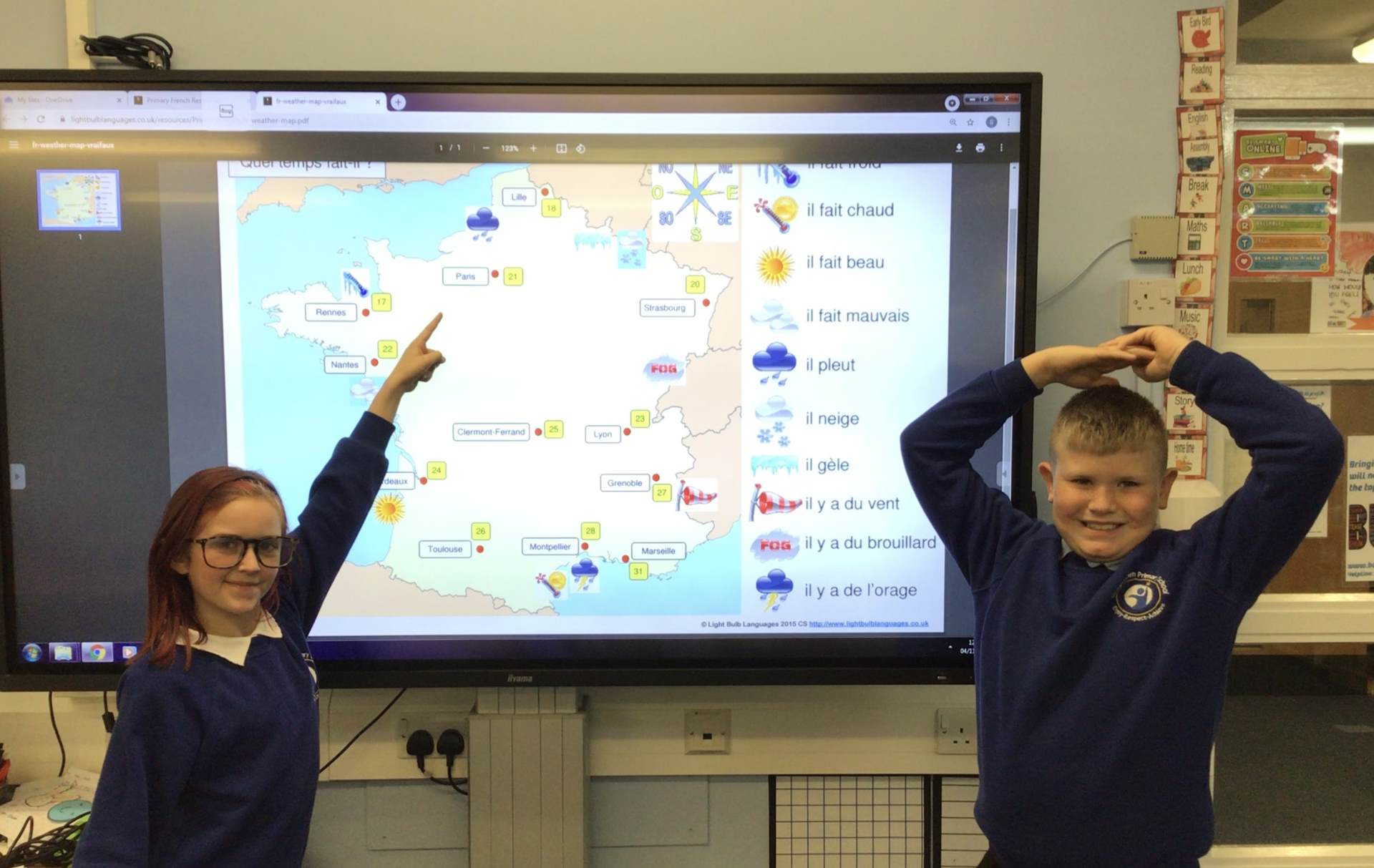 European Day of Languages Celebration of the French speaking world

To celebrate the European Day of Languages in September, we held a celebration of all things French. Children came to school dressed in the colours of the French flag and enjoyed many exciting activities. Workshops included art, music and culture. We had a visit from our friend, French storyteller, Nathalie Paris who used different French speaking countries as a focus for each year group. These included Switzerland, Luxembourg, Belgium, Monaco and of course France. A favourite activity on our French days is always food tasting, who doesn’t like croissants, baguettes and waffles? It was lovely to see everyone enjoying learning all about a different language and culture through stories, songs and experiences. 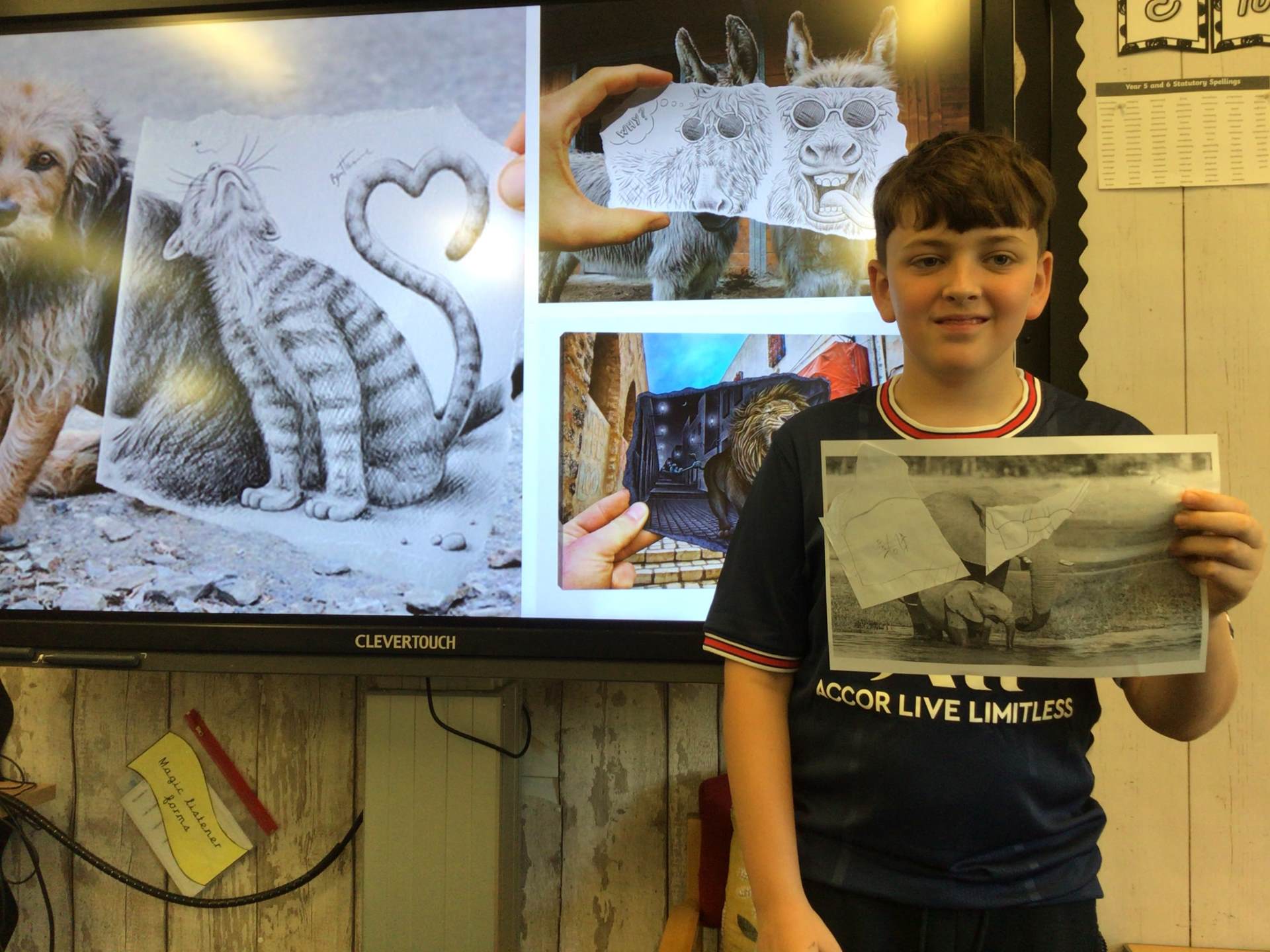 In year 5, our linguists have really enjoyed learning about animals. They have discovered the French names of many different animals from land and sea. They have also been discovering how to talk about their habitats. Lots of speaking practice has made their pronunciation fantastic. Their favourite thing has been telling each other about their likes and dislikes. Madame Blackett is so proud of their effort. It is clear to see how much progress they have made since the beginning of term. Keep it up year 5!